Ebola in Texas
EBOLA in Texas !
No Problem, Rick Perry's in Charge
Pray the Ebola Away 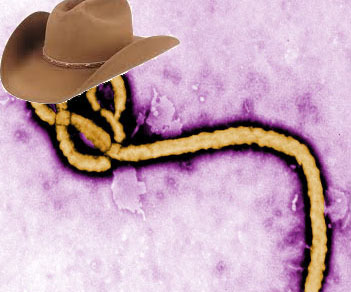 
Don't Worry, Rick Perry is in Charge:
Rick Perry on vocals, Stevie Wonder and Frank Zappa.
Ebola is in town: Shadow and Kazzy of 2 Kings from Liberia.
Americas most Batspit crazy radio grifter and paranoia merchant, Alex Jones.
Pray the Ebola away: the ha ha preacher from Youtube.
Tony Allen In Africa , Rick Perry and the worst preacher ever, praying for rain,
ebola, not ebola, whatever. His hair is awesome and he put on his
Science Glasses to Impress the Ebolas


Stop whining and welcome your Ebola Overlords.
Bleed out your Ears and Breathe through your Eyeballs.